You guys! Penelope is getting closer to being 8 months old and I just now realized I never shared her nursery! Oops. 🙂 I was so excited to decorate a baby girl nursery when we found out we were having a girl. When I was writing this I realized a lot of the stuff in her room was DIY. If you want any tutorials, let me know!

Let’s get right to it.

Penelope is in Roy’s old room. We use this room for new babies because it’s closer to our room so we can hear them better and it’s also the smallest bedroom. Since our kiddos are only 16 months apart, we had to buy another crib for Roy so we kept his old one in Penelope’s room (check out his new room here). It has a matching dresser so that stayed as well. 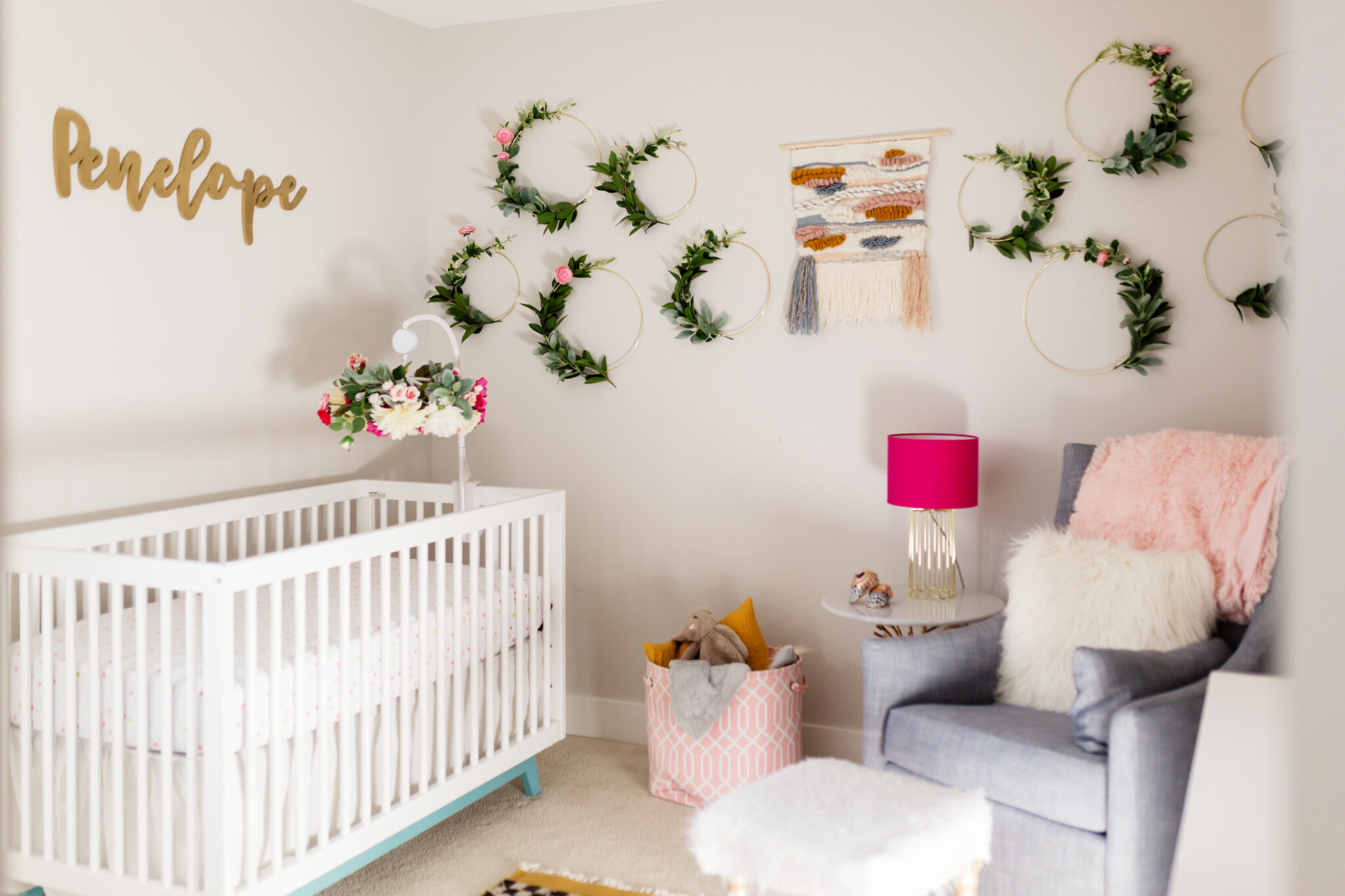 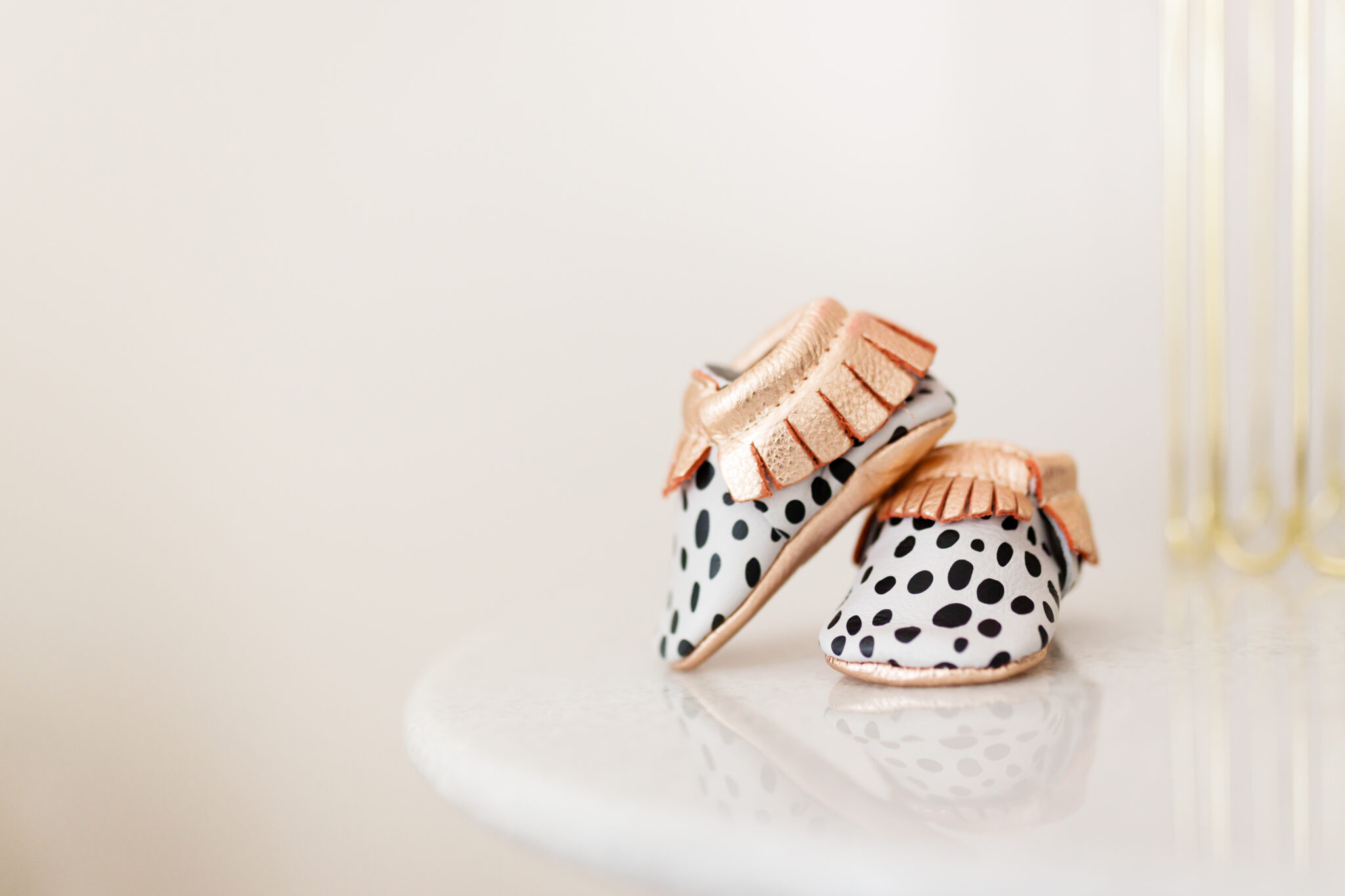 We actually kept the bulk of stuff the same – same crib and dresser, same glider and side table and the same rug. All of these except the glider were bought before we knew if we were having a boy or girl so they were pretty gender neutral. With Roy we brought out the blue in the rug and with Penelope we brought out the pink!

Add in the greenery!

I also knew I wanted a bunch of greenery and floral in there. I saw a few cool hoop wreaths on Pinterest so I decided to try making them myself. They actually weren’t that difficult (do you want a tutorial on these?!), just a bit time consuming.

Also take note – I thought I’d be saving a ton of money by doing a lot of this myself but fake greenery and floral can add up quickly! I utilized a lot of sales and coupons to make it affordable but be warned. 😉 I really love how the wall turned out and I’m fairly confident I can repurpose these in the future if I want!

We added a Junah Woods’ weave on that wall. I’ve known the owner of Junah Woods since high school and have a bunch of her weaves throughout our home. They’re my favorite for adding texture to a room! I’d given her a bunch of my grandma’s yarn so she made Penelope’s weave out of that. I love that not only could my grandma’s yarn go to use but it could be made into something really pretty for my daughter’s room. 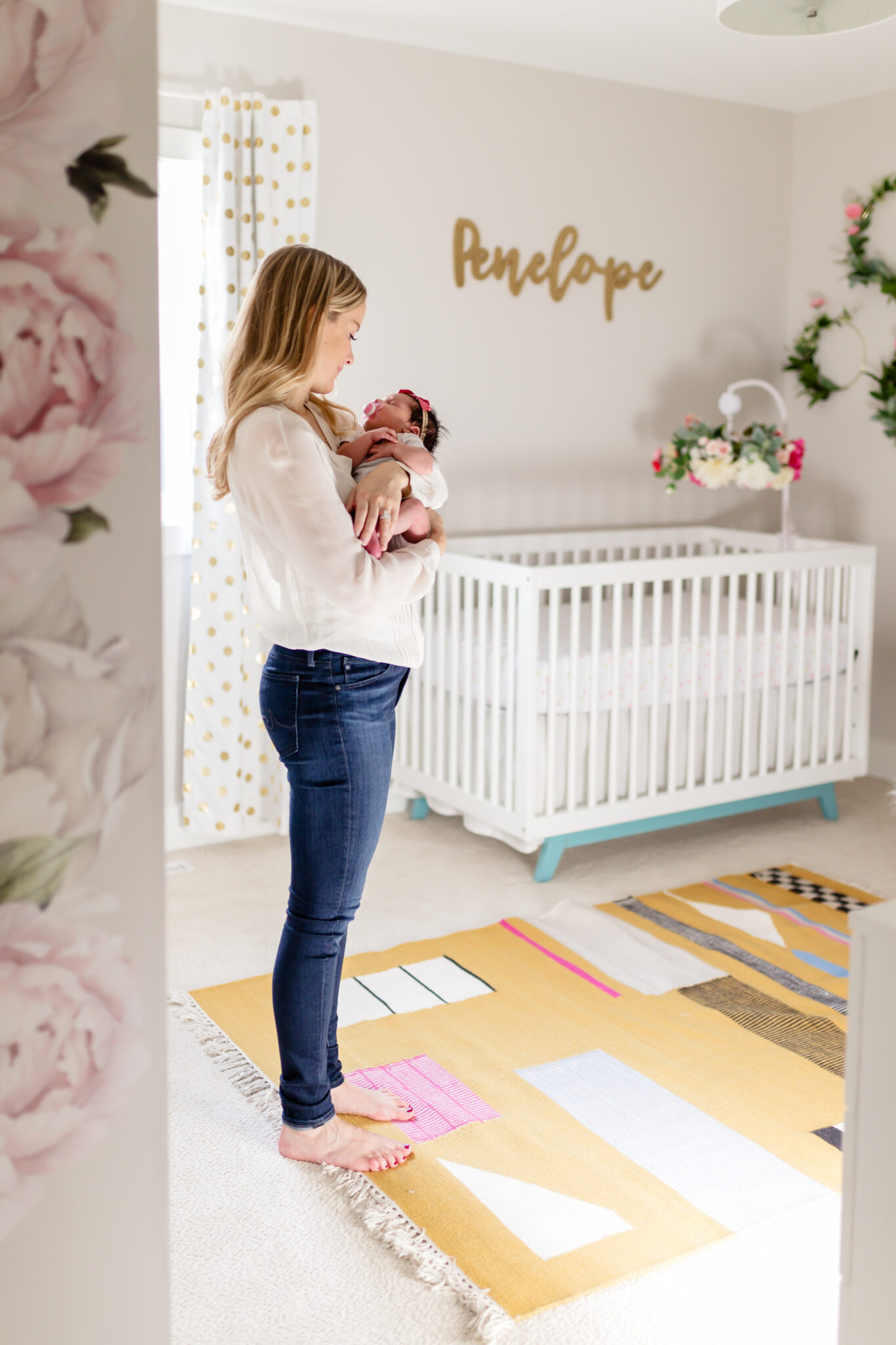 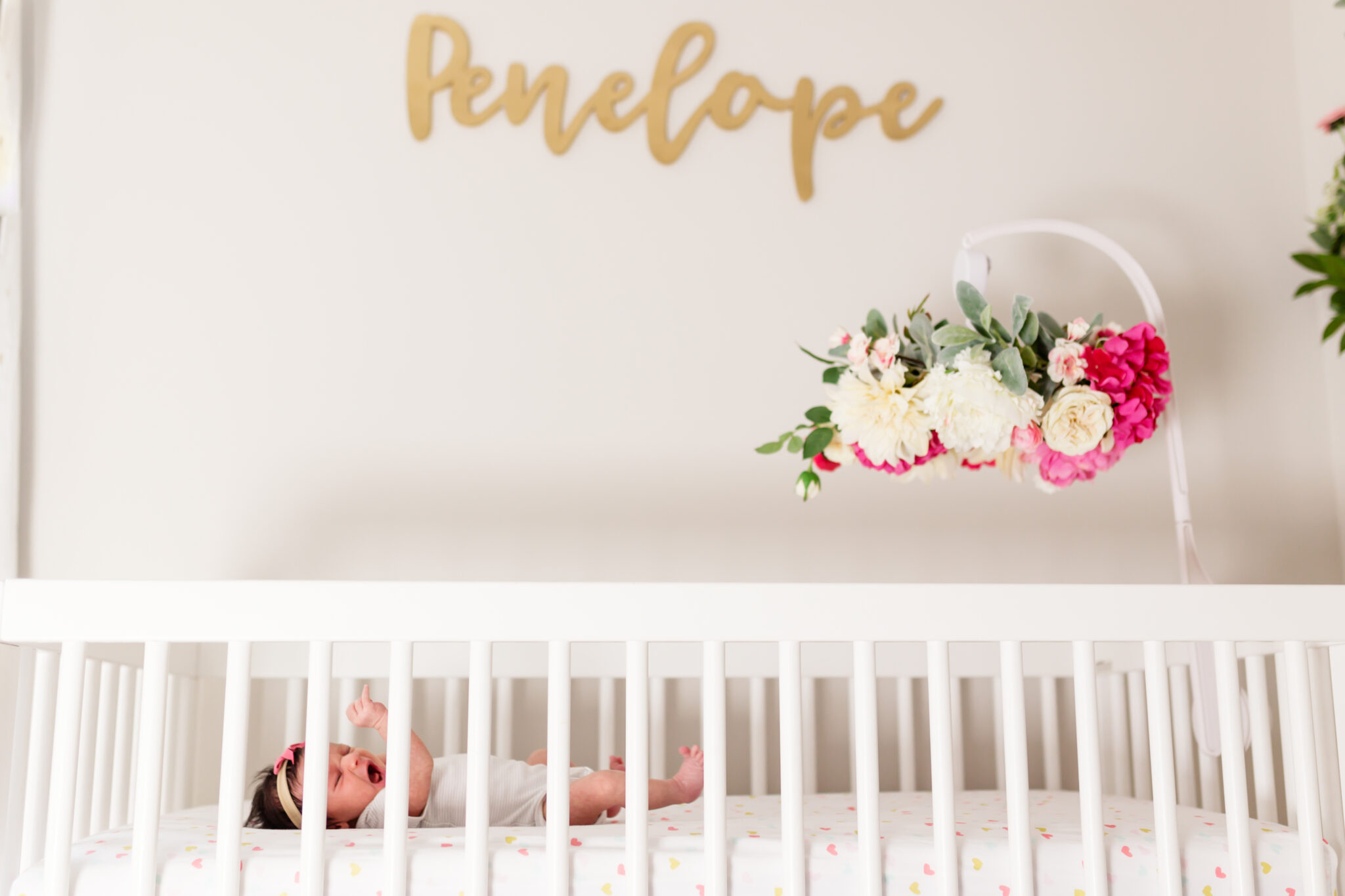 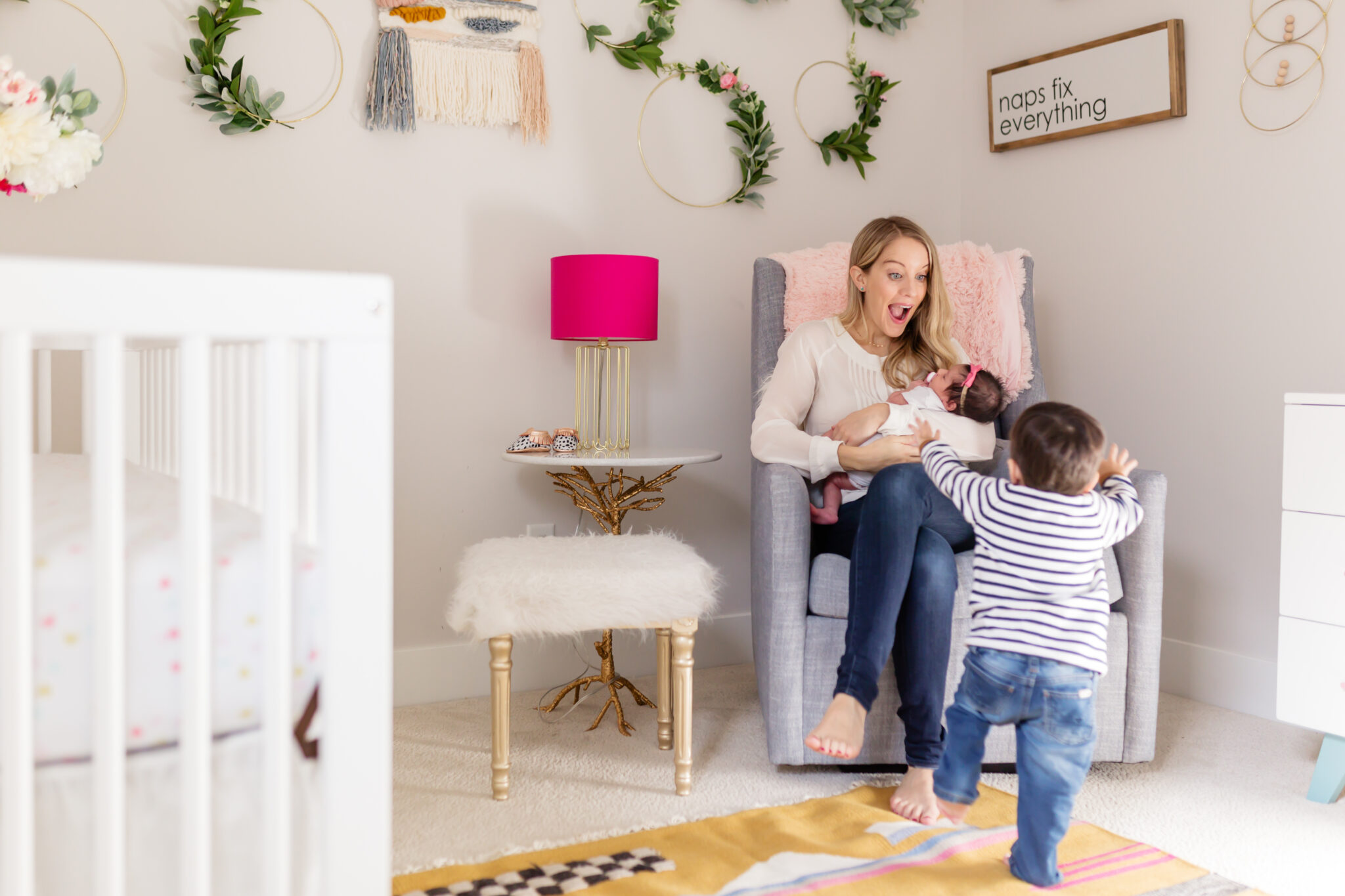 I made Penelope’s mobile.

I’m in love with how it turned out! When I finished it and installed it I realized most of the flowers were facing down into the crib – which was great for P but not so great for everyone else looking at so I had to add more flowers to the top. It actually got pretty heavy so I was a little worried it would fall off and squish Penelope! So far so good though. 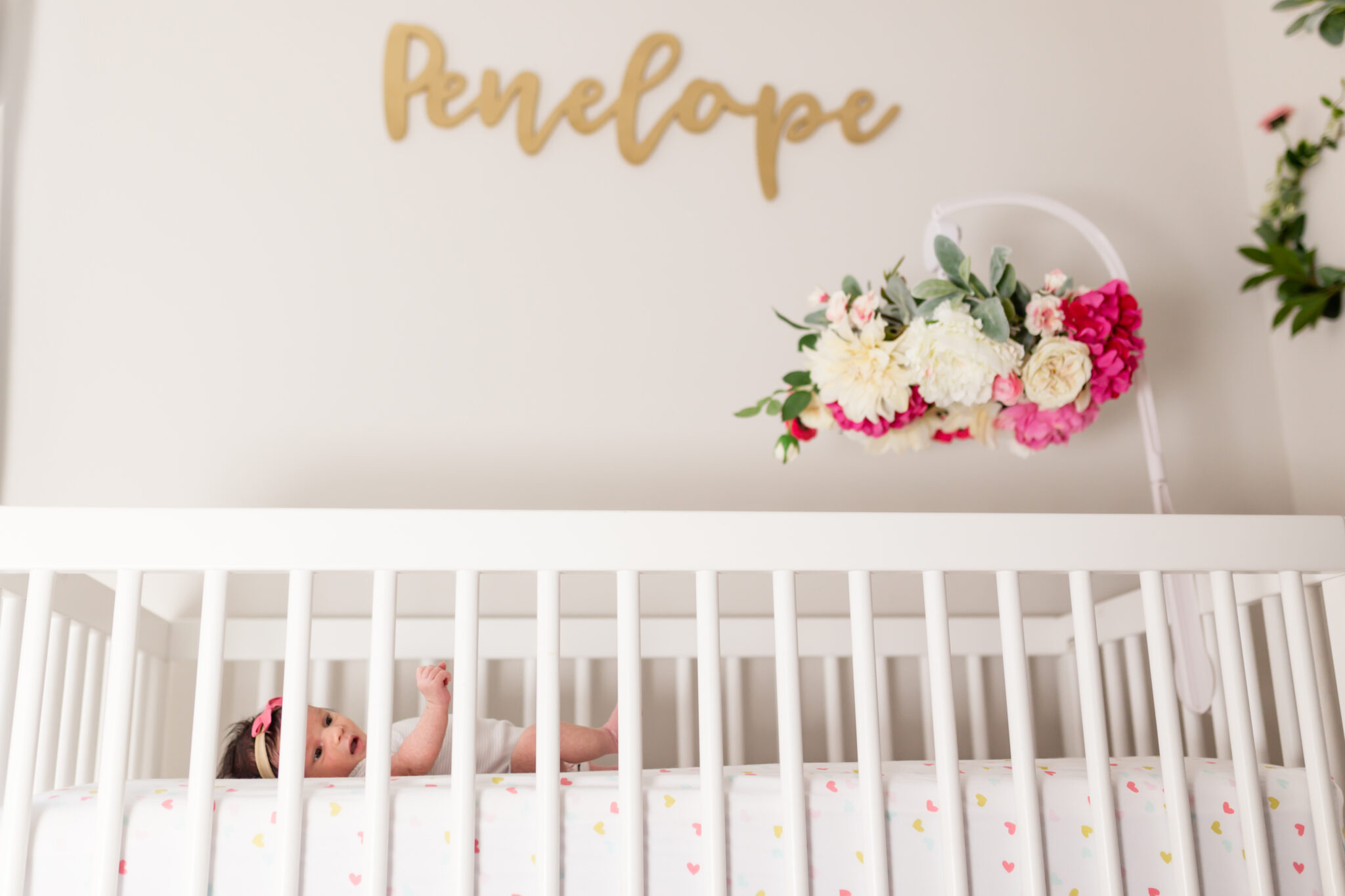 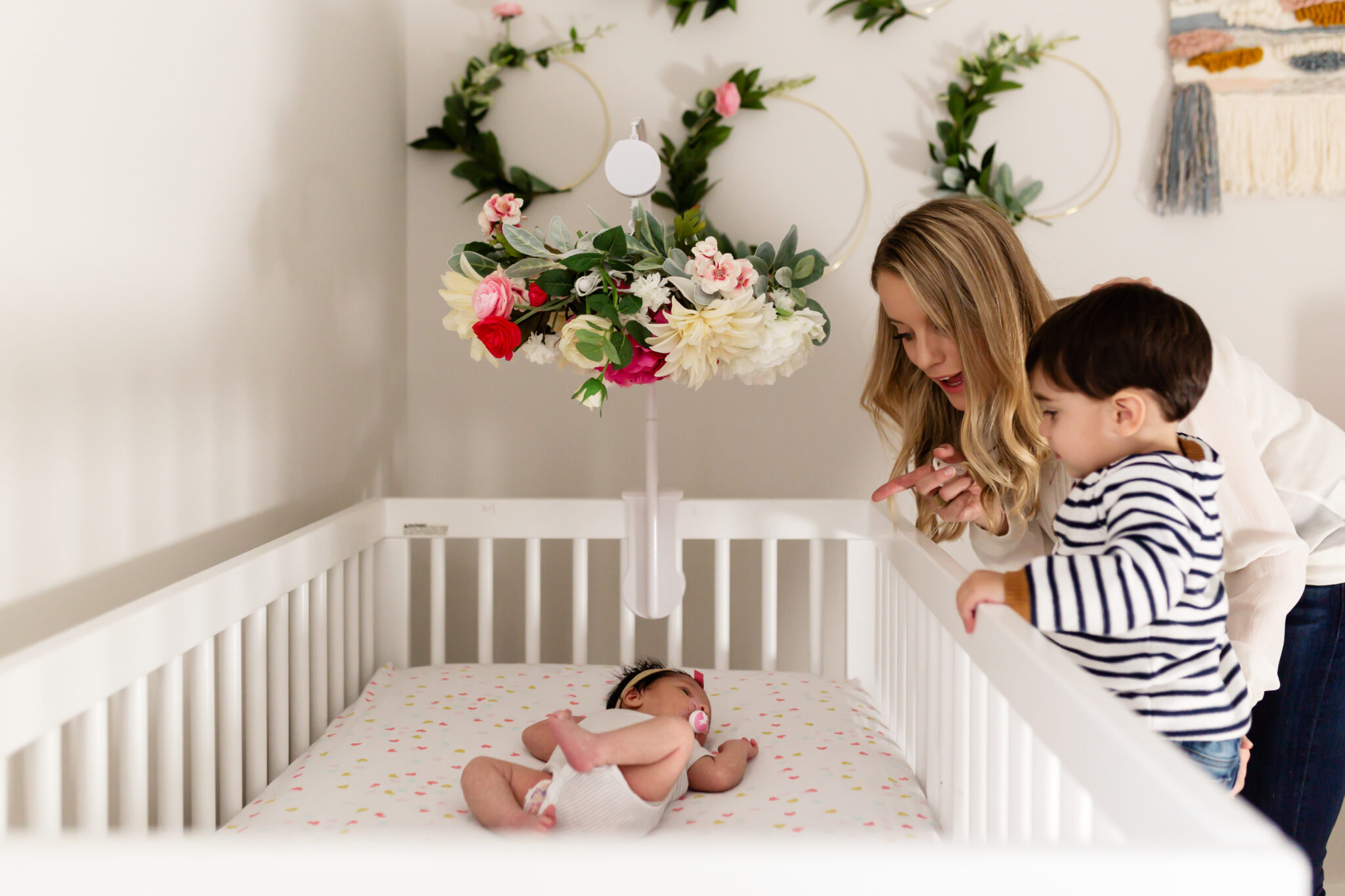 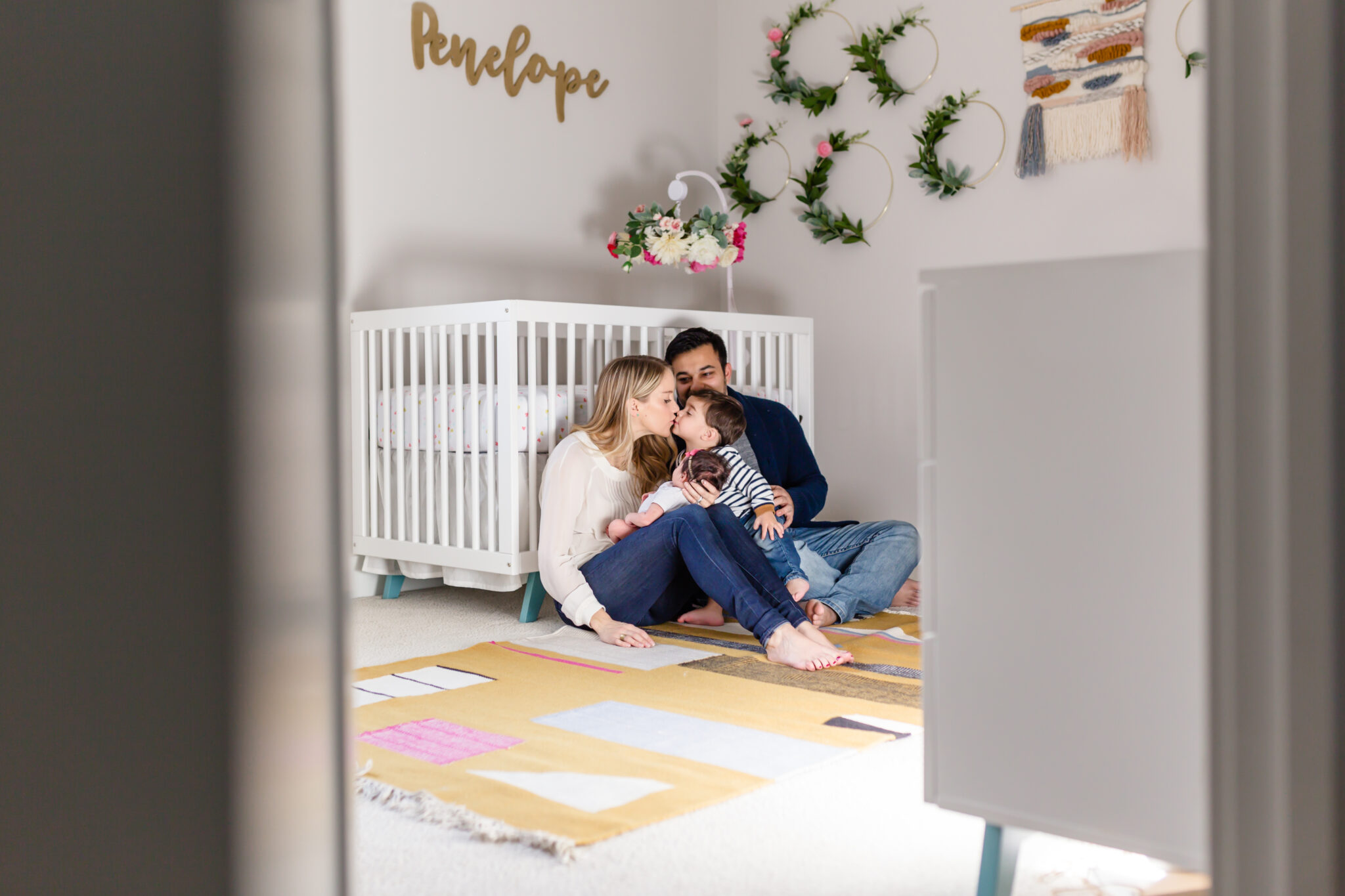 {all photos by Rebecca Petersen}

Roy had his name above the crib in gold sequin letters which I loved. I actually bought Penelope similar ones but it just didn’t have the same feel! Since her name is a lot longer the letters had to be a lot smaller and they just got lost. I randomly found Common Oak on Instagram and she so graciously sent us one of her custom wood carvings for P’s room. This is one of my favorite parts of the room.

So there you have it! What do you think?

Thanks so much for reading and sharing!

glider (on sale!) | sheet (we also have this one) | curtains | wreaths DIY (similar here) | rug (old similar here and here) 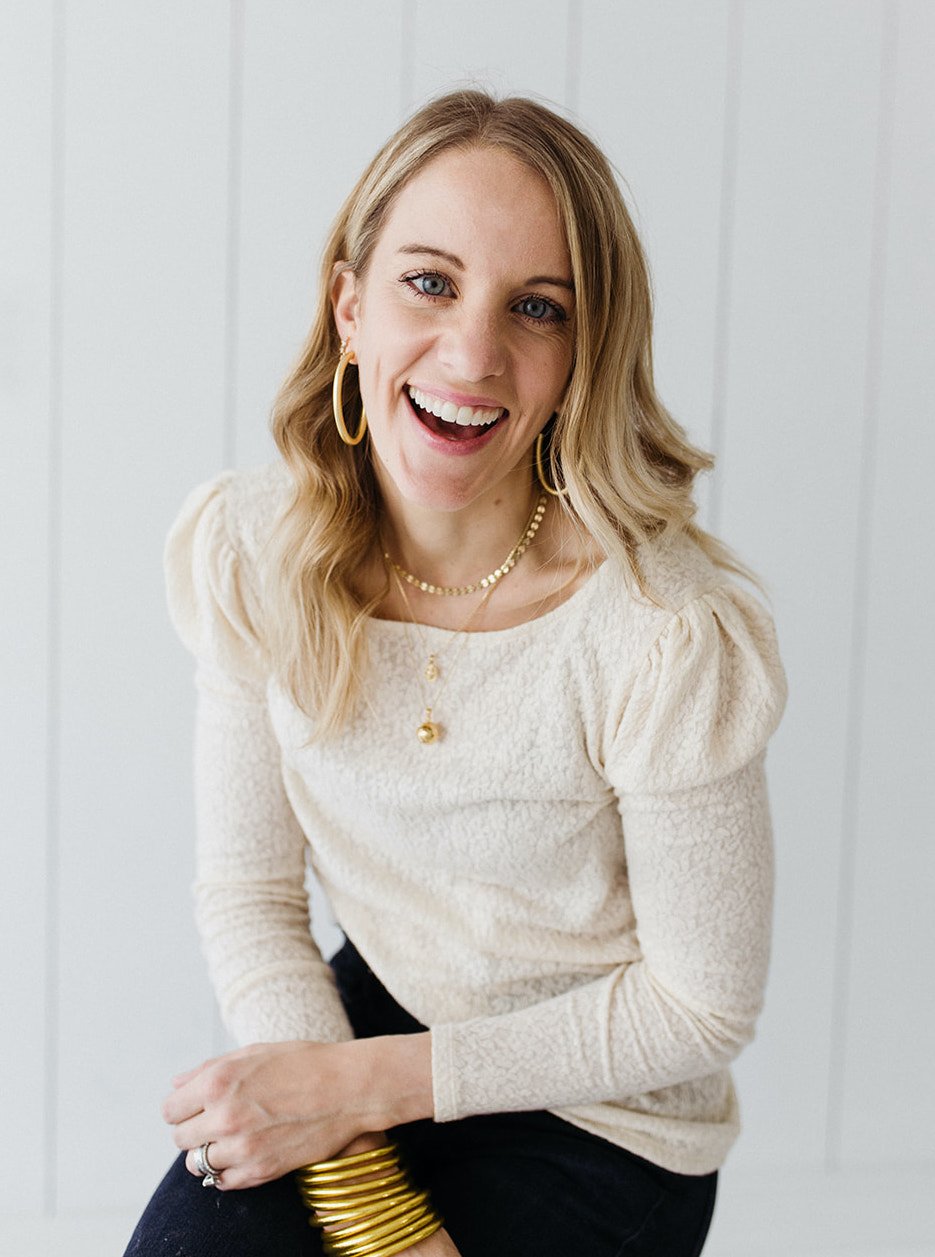 I'm a crazy plant lady and mom of 3 who loves cookie dough, painting my nails at home, and all things fashion!

This blog is a place to help you find joy in your life, style + home. I believe that fashion should be fun! Let's throw out the rules and learn how to style yourself in a way that makes YOU feel good.