So, you’re having a baby.

Babies are amazing. Being a mom is the BEST! There’s so many wonderful things about becoming a mama and all that comes with with.

But there’s a few things you must know about having a baby and entering into motherhood. Especially if you’re pregnant and happen to be getting your baby through childbirth. 😉

Think of me as your mama-bff. I’m here to prepare you for what’s to come…the good, the bad and the ugly. So here, my friend, are 7 things nobody tells you about having a baby.

1. Your hormones are crazy.

Most of us have crazy, wild hormones while we’re pregnant. That seems like a common thing that everybody knows. But did you know your hormones are still crazy after childbirth?? I didn’t!

After I had Roy I was mostly back to my normal self. I wasn’t as moody, as crabby and there wasn’t any crying in the closet like I had done plenty of times during my pregnancy. But then out of no where, I’d turn into a crazy person crying, yelling or a combination of the two!

I cried when we out to lunch for the first time for literally no reason. I would go from being so happy I was a mom to being so frustrated with everything relating to my newborn in a blink of an eye.

Later on, my doctor explained that all of that was completley normal and that it takes a while for your hormones to regulate. Often times they’re still wild until you finish breastfeeding! I totally noticed how much stable I was after I finished breastfeeding or pumping.

After I had P, Rishi and I had a conversation that yes, I will likely freak out at him at some point but that his goal for the next 6 weeks was to not make me mad. HAHA!

At least we both knew what to expect the second time around! There was only one major moment when I thought I was losing my mind. 😉

(Side note, if you feel like your hormones are way more wild than they should be or you’re feeling really sad a lot, be sure to talk to your doctor! Postpartum depression is a real thing and should not be taken lightly.)

2. The hospital is equal parts crazy and boring.

First of all, YOU JUST HAD A BABY!!! You just went through this incredible feat of birthing a baby out of your body.

And then, in a blink of an eye, you’re left alone in your hospital room with said baby with nothing to do than wonder how the heck you should take care of it.

When we had P, my family came to meet her and also brought Roy with since he was staying with my sister. Rishi went out to dinner with all of them, and left me at the hospital with P.

Literally about an hour after she was born, there I was, just me and P, in the hospital room waiting to be moved to my recovery room. It ended up being the two of us and my nurse who made the ceremonious move from the delivery room to the recovery room without Rishi! The poor nurse even had to pack up all of mine and Rishi’s stuff that we had taken out during delivery. Haha!

For the 24-72 hours where you’re at the hospital, you’ll go through moments of like 5 people in your room checking you over, checking baby over, giving you papers to fill out or read, running tests on baby, fingerprinting baby, etc. to literally nobody in your room except you.

3. Afterbirth is no joke.

I had no idea what to expect about what happened after birth. My friends who had babies prior to me did not do a very good job at prepping me (haha!).

I didn’t know that nurses come into your room every few hours to push on your belly as hard as humanly possible to eject fluid/blood/who-know-what-else out of you.

And painful. It’s also highly awkward because they have to check down there to see what’s going on.

Added bonus if you have hemorrhoids! You have to flip like a pancake every couple of times so they can check on those too. Childbirth AND afterbirth is disgusting. But so are babies (and toddlers) so you’ll get over it. 🙂

Another fun thing is when you nurse your baby you get intense cramps every single time they start to eat. This lasts for a couple weeks and is so painful! I used to nurse with a heating pad in the beginning because that was one thing that helped the pain.

Just remember. Everything is temporary! This too shall pass.

The newborn stage is seriously like living in a fog. There will be moments of intense clarity like when your sweet adorable baby managed to poop AND pee on you during one diaper change or the first time they actually smiled at you.

It’s even worse if you have 2 under 2. I barely remember the first 6 months of Penelope’s life! She also got RSV over Christmas at just 2 months old so I literally don’t remember anything about that Christmas other than keeping her eating, sleeping and breathing.

Take lots of photos and videos during this time (and heck, all of the time!). It’s always fun to go back and see just how tiny your kids are, hear them coo and laugh and attempt to remember those moments that go by all too fast.

As your baby starts sleeping more and as they get to be more predictable, the fog starts to lift. I always feel like 3 months is our sweet spot. Our babies typically start sleeping through the night around 2 months and are pretty predictable when they need to nap, eat, etc.. It makes the rest of the day easier to manage! And that’s when they giggles and smiles really ramp up so it makes everything so much better!

5. You and your significant other will disagree.

Parenting is a whole new ball game and definitely throws a curve ball in your relationship. Disagreeing on things is going to happen. It’s natural!

I will say I’m very fortunate to have a husband who is very open to suggestions I have when it comes to parenting. (Which is great since I’m the one who’s home with the kids ha!).

However, there are times when I think Rishi is being too soft on the kids or he thinks I’m being too strict…or vice versa. Other times I think he’s giving the kids food they shouldn’t eat, he thinks I’m crazy for cutting up foods into incredibly tiny pieces or whatever! You’re different people so you should do things different!

Sometimes it all depends on how much sleep you got the night before, how many hours you’ve been alone with the kids or how many times they’ve tested you doing the exact thing you keep telling them not to do. We disagree a lot when we’re both sleep deprived! 😉

Just be sure to talk through things that are more important. (Like how you will discipline or what your parenting style – attachment, schedules, etc). If you’re on the same page on the big things, then being able to let the little, non-issues, go is much easier.

And moms, just remember. Even though he’s doing something different doesn’t mean he’s doing it wrong. It’s easy as the person who’s home with the kids more to think your way is the right way but let him do it his way!

I had a whole list of things I would never do when I became a parent. My kids would always wear the cutest clothes, their hair would always be done and I would never leave the house in yoga pants. Well, just today I went out in my yoga pants, Penelope’s hair was in half a french braid and half a ponytail because she wouldn’t let me finish doing her hair and Roy was in Mickey Mouse pants. Exactly what I said I would never do! And you know what? It was just fine! The kids (and I) look mostly presentable when it counts but when we’re just running to Target or playing in the leaves, nobody needs us to look amazing. 😉

I laugh now when soon to be mamas (or people who aren’t even pregnant) tell me about what kind of mom they’ll be or the type of things they’ll do (or not do) with their children. I can 100% remember being just like that!

When you become a mom and you’re in the thick of the newborn fog or the “terrific” threes, you realize sometimes letting your kids watch a movie at 10am on a Tuesday means SURVIVAL. You need to survive that Tuesday. Thriving will come another day.

When you catch yourself putting your children in the ugliest clothes or shoes because it means they can put them on themself, give yourself a pat on the back. You’re officially a mom. 😉

I literally wrote an entire blog post on the 6 Things I Said I would Never Do As A Parent because let’s be real, you have no idea what being a parent is like until you actually have your own child.

Go read that post if you need a laugh. 😉

7. You’ll forget 95% of what you learned in birth prep class.

We took a birth class a few weeks before Roy was born. We were the furthest along than everyone in the class of about 50 people. Clearly we procrastinated a bit! I thought that by taking it later in my pregnancy would mean I would retain more info. Well, I was wrong!

The class was a full day on a Saturday. They taught us all sorts things about childbirth. We went through things like registering at the hospital, what to expect when you go into labor, when to call your doctor, and what happens if you need a c-section. They also went through a bunch of different positions and breathing techniques and all sorts of things. We even practiced them all!

I didn’t really think that I would retain a ton of information although it was nice to have a little bit better idea of what was about to happen when I birthed a baby. When I was in labor, all I could think about was not moving at all and listening to the most calm music that Rishi could find.

I literally could not think of one thing they taught us in that class even thought we practiced a ton of the positions! The funniest thing though was Rishi happened to remember things during our second birth.

Not during the first birth which was just a couple weeks after taking the class (yes, we procrastinated ha!), but the second birth (which was only 16 months later but still…). I guess there was a good chance he was too freaked out at the sight of me in labor to mention a thing or two.

The 3rd birth I did all natural and I probably should’ve done more prep work for it but I doubt I would’ve remembered anything anyways!

But you’ll love it!

Yes, there’s quite a few gross, hard, not so fun parts about having a baby but you will love it! Being a mom is so much fun and such a wild ride. Each stage just keeps gets better and better. 🙂

Be sure to check out my Hospital Bag Checklist for Mom and Baby for the 17 things you need to bring to the hospital (and a few things to leave at home!) or check out this post for 17 things I used during the first month with our 3rd baby! 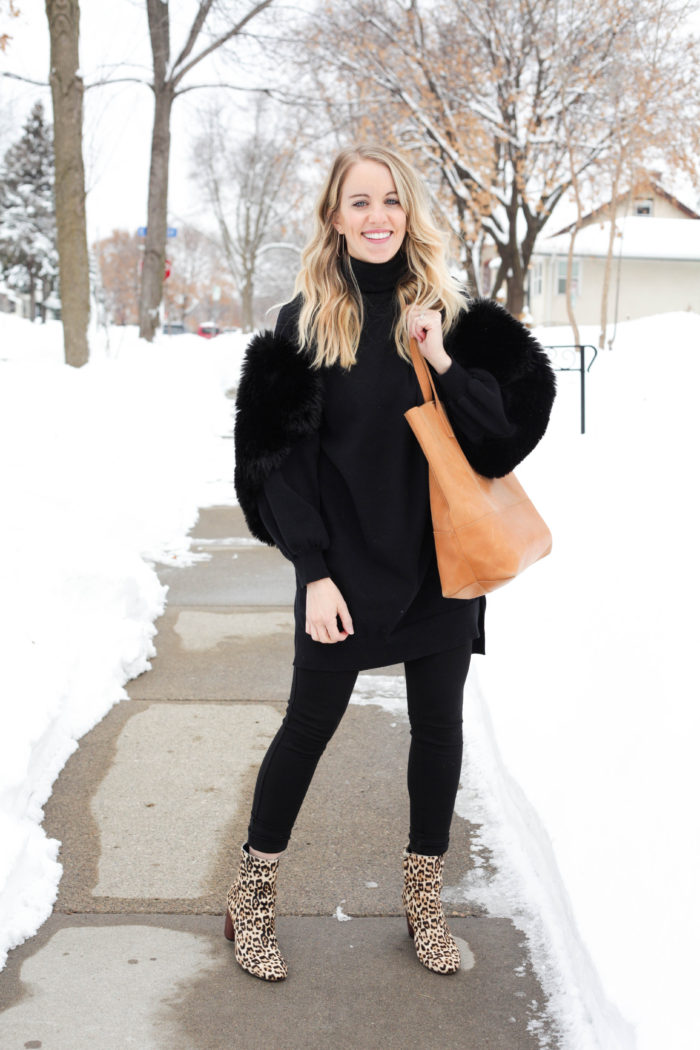 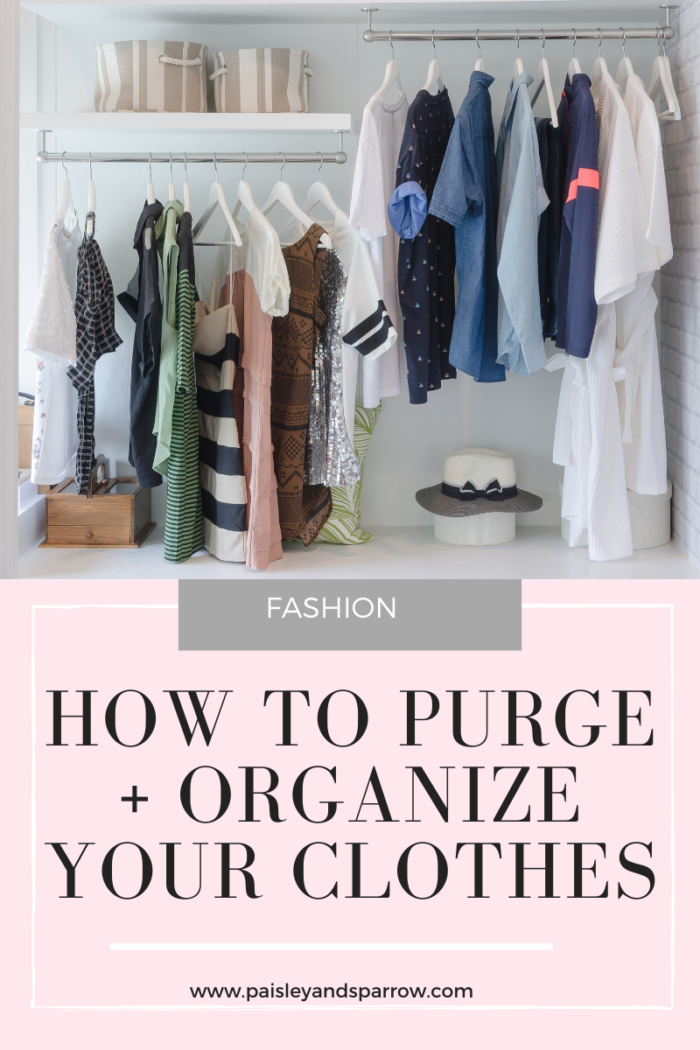