Planning on having two under two? Pregnant and realizing two kids under two is in your future? This post is for you!

We’ve gone through 2 rounds of two under two with our 3 kids and it’s not as crazy as it sounds! Here’s everything you need to know about entering into the 2 under 2 club!

I was pregnant with our second when our first son was just 7 month old. It sounds crazy when I say it but that’s what I was.

When I shared the news that I was pregnant and soon to be a mom of two under two with other moms, most often the response was “Are you crazy?!” or “Was this planned?” “Are we happy about this?”.

After we announced with that we were pregnant with our third child and about to enter in to our second round of two kids under two (this time we were at 22 months apart), people weren’t ask shocked. Pretty sure they already knew we were a little crazy! 🙂

Now our 3 kids are 3.5, 2 and 8 months old. We’re officially past the two under two stage! So here’s what it was really like to have two under two – TWICE!

Let’s back up a bit to when we found out we were pregnant with Roy. Our initial thought was that we would wait for a year after getting married before trying to get pregnant.

5 months later I peed on a stick and found out that no, I didn’t have mono…I was, in fact, pregnant. (Literally I was convinced I had mono because I was so exhausted!) Apparently the birth control I was using didn’t do it’s job and we got pregnant with Roy!

Because of that, we decided against me going on any form of birth control again. We also determined that if we wanted 3 kids (we’re still undecided about that haha!), we didn’t want to wait too long.

Ideally we want to be done having kids before we are in our late 30s! Roy was also the easiest baby and started sleeping through the night at 7 weeks old, so we weren’t the crazy sleep deprived parents that we thought we’d be.  Because of all that, we decided to just try for number 2.

My doctor advised us to wait to get pregnant for at least 6 months after having Roy. I stopped breastfeeding at 6 months (more about that here), got my period back and the next month I was pregnant! It happened a lot quicker than we had thought it would, but we were so excited!

One perk about having a 7 month old when your pregnant is the fact that they take naps (or at least our kids do but I know that’s not always the case). I’m always really tired during the first trimester so being able to lay down while Roy was napping was amazing.

He wasn’t walking yet so I got my workouts in carrying him around everywhere I went. I’m still convinced I confused a lot of people when we were out and about because I started showing really early on yet I had a baby on my hip.

Roy is also  super tiny and looks younger than he actually is! I’m sure more people thought I had leftover baby weight and not actually pregnant again. 😉

Since he wasn’t mobile, I brought him with the majority of my dr appointments in the beginning. He sat in his stroller during my routine check ups or on Rishi’s lap during ultrasounds. That was nice to not have a 2 or 3 year old who can’t sit still for 15-30 minutes!

There were definitely times the exhaustion was too much to handle and I’d turn on a show for Roy to zen him out and let me rest. He is a busy busy BUSY boy so running after him wasn’t always the easiest to do.

That was probably the hardest thing about being pregnant with a baby! He didn’t understand that mom needed some quiet rest time, especially towards the end of my pregnancy.

I’m also a hormonal mess when I’m pregnant. I never feel like myself, often times feel a little depressed and have a hard time feeling like I was a good mom.

Since I felt like this with Roy, I don’t think I would have felt any different if Roy was older when we got pregnant so this wasn’t something that could have been prevented with an older first child.

Because Roy was only 16 months when we had Penelope, there wasn’t much of a transition phase for him. He really had no idea what just happened, just that there was now a little baby in the house!

Even when I was in the hospital, he was more concerned about playing with his cousins then wonder why I was in a hospital bed. I’ve heard horror stories from friends whose first kid didn’t adjust well to a new baby, so I was relieved when he was pretty uninterested in his baby sister!

There were a couple times in the first week that he preferred Rishi over me because I was nursing Penelope. As a mama with crazy postpartum hormones those times broke my heart and I cried like a crazy person.

Leading up to giving birth I was a hot mess wondering how my relationship with Roy would change since me and him spend the bulk of our days together!

I knew a sibling was going to be great but I also was worried about Roy not feeling as much love and getting as much attention when Penelope arrived. He definitely had times that he seemed to prefer Rishi over me or seemed to be a bit more needy but overall it wasn’t too bad.

The first few months of 2 under 2

The first 4 months or so were kind of a blur. I was constantly stretched further than I could imagine. At one point I was nursing Penelope, pulling Roy out of the bath and getting a diaper on him all at once – both super impressed by what I was doing and in disbelief about what I was doing.

There were things that were so much easier the second time around. Middle of the night feedings for one, were not nearly as bad the second time. There were also rude awakenings when I realized how hard other things were.

Like how the heck do you get groceries with a carseat in the basket and a toddler in the seat??? Still haven’t really figure that out.

Looking back, I don’t remember how hard it. It was hard…really hard…but I also realized just how tough I am. And as a mom you just figure it out!

Yes, carrying a toddler on your hip and a newborn in their carseat from the back of the Target parking lot into the store in the middle of winter was not easy or fun but you just do it!

There’s not a lot of other options at that point so you just do what needs to be done. Often times I’d think “man, I need a photo of this because someday I’ll look back and laugh at this!”.

Two Under Two Gets Fun!

After Penelope turned 5 or 6 months, the kids started interacting. Roy would play with her while she was in her bounce seat and do everything he could to make her laugh.

Most days when I put them both in the car, they both start laughing at one another (they can see each other with the mirror in my car). I have no idea what they’re laughing about but there’s nothing better than hearing 2 little giggles from the backseat!

Yes, we deal with Roy stealing toys or pushing her over and I’m sure there will be fights and tears and tattling, but I am so glad we had our first 2 so close together.

Having two under two is not for the faint of heart. We love it but it’s not for everyone! One thing that is important is making sure your roles as parents is secure and your relationship is healthy.

Having a child was a huge transition for me so it took some time for me to feel like we had our roles of “mom and dad” figured out. Feeling good about your family with one child is so important before adding another one.

We had our first date within a month of Penelope being born (just a quick dinner out so I could get home to nurse) but it was amazing. Date nights are vital to our relationship! Make time for your spouse. Even if it’s ordering dinner to eat after the kids are asleep!

2. Understand that everything is temporary.

It may feel like your life is consumed with feeding children, changing diapers and dealing with crying but it gets better. I promise!

Having your kids play together is magic. Getting through the hard stages in the beginning will bring you closer to the fun, rewarding stage of your kids playing together.

I’m terrible at this. But I’m working on it! Taking a bath, doing your nails or reading a book BY YOURSELF is so important. Don’t forget to take care of you and your mental, physical and emotional health.

4. Try to maintain some sense of normalcy.

Go to Target. Even if you buy one thing because that’s all you can fit in your cart. Go to story time. The more you continue to do the things you did before the second one arrived, the easier it will be to adjust. The first time is always the scariest but after you are done with the first time of something, you’ll learn how to do it better and easier the second time! For example, I found it best to strap Penelope on with my Baby K’tan for story time at the library! There’s not much room for her carseat and Roy likes to sit in my lap. It’s hard to hold both especially a newborn so strapping her on makes it easy! Each time you do something you learn how to make it easier.

{all photos by Bundle Studios}

Life with 2 under 2 is wild and crazy and an adventure. Enjoy it, embrace the chaos and have fun. And swing on over to my 6 Tips for Loving Life With 2 Kids Under 2 post! I know it’ll help even more!

Thanks so much for reading! 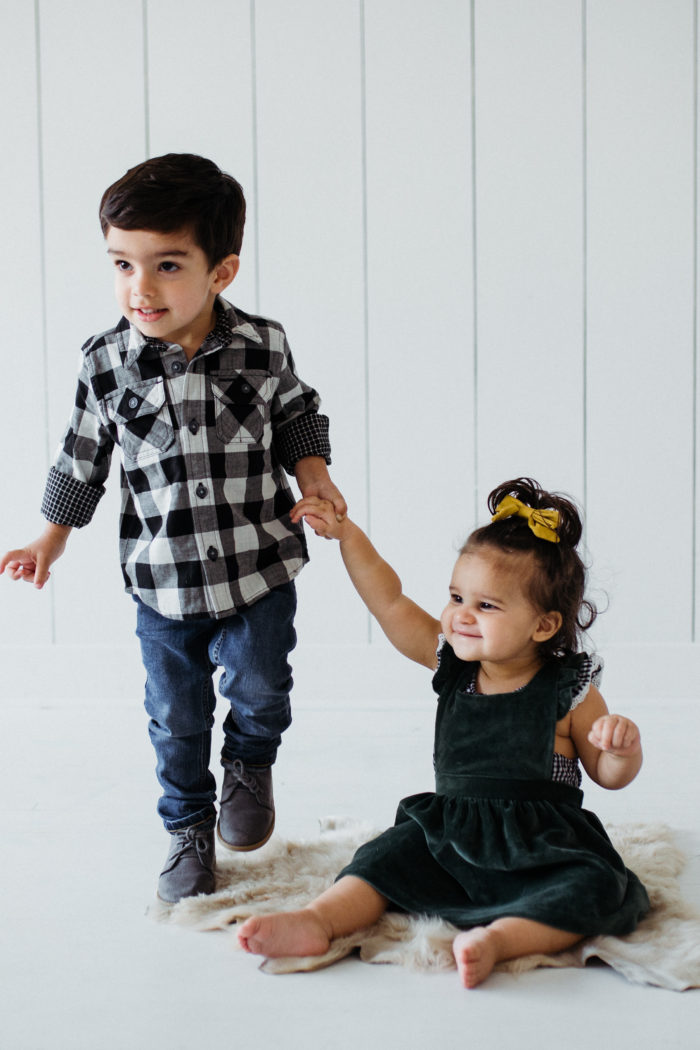 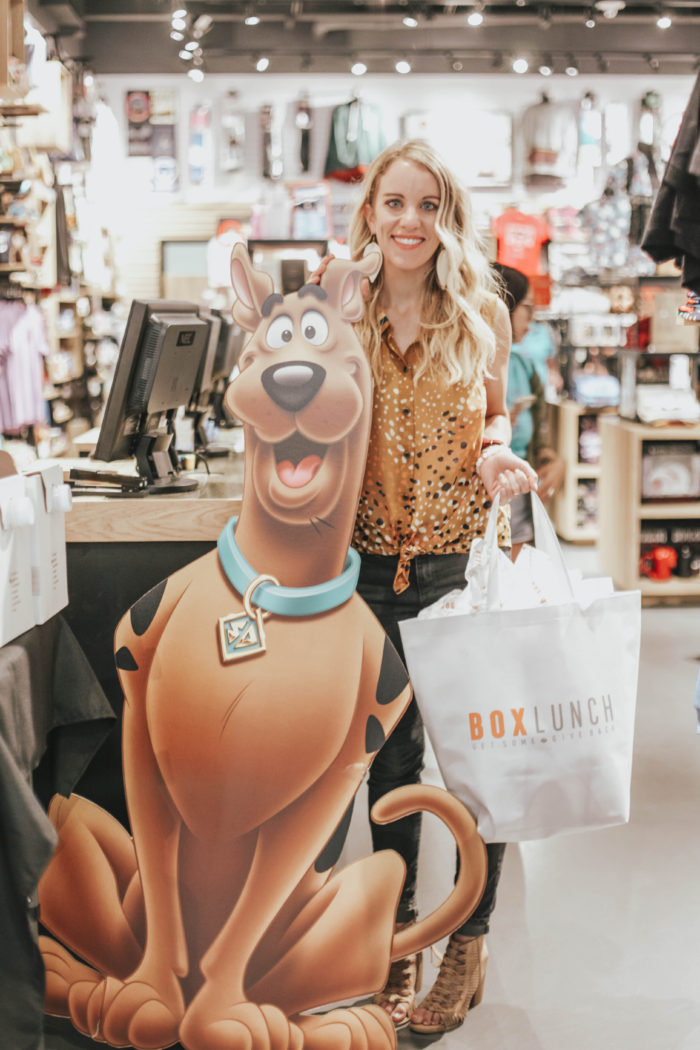