When you want to breastfeed but can’t.

If you’ve been following along on Instagram for the last 9 months then you’ve probably read a thing or 2 about my breastfeeding experience with Roy. If you’re new to P+S then this will be all brand new. 🙂

Early on in my pregnancy I heard story after story of moms who had a detailed birth plan typed out (wanting to eat this specific snack or hear that particular song when the baby came out) and how the actual birth went nothing like the birth plan which put a damper on the first few days of their baby’s life. Immediately I knew I wouldn’t have a birth plan. Easy peasy! 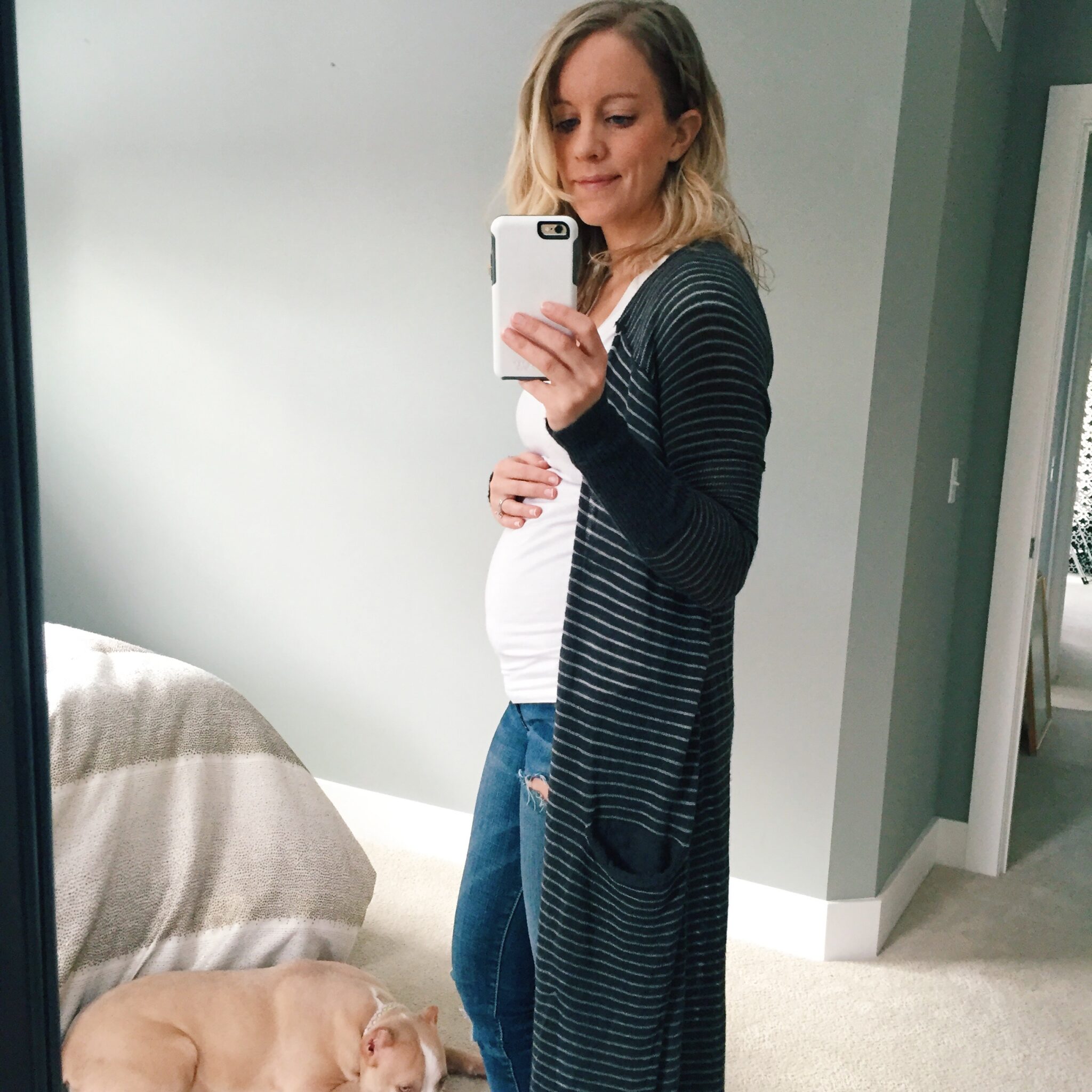 I did, on the other hand, have a “plan” for breastfeeding. That plan was to breastfeed for a year. Everyone I knew that wanted to breastfeed, did it and had very minimal complications and those that didn’t breastfeed never really shared a whole lot about their decision to use formula. I knew there would be a learning curve but figured I’d figure it out easy enough and that’d be it!

When Roy made his debut on June 21st, those first few days were a range of emotions.

I was clueless if Roy was actually eating anything when he was nursing, amazement that he seemed to latch right on, concern that he was going to suffocate on my giant boob (I was used to non existent size boobs and all of sudden milk made me look like Kim Kardashian), and annoyed at ALL of my friends because nobody told me how bad nursing hurt!! 😉

After a few days we seemed to have a figured out what we were doing and Roy put on weight very quickly. Everything seemed to be going as planned. Yay!

But then for some reason Roy started crying, sometimes screaming, through many of the afternoon feedings. I remember crying to my neighbor asking her why he was doing this. And as it goes with babies, there’s always 500 different things it could be – did I eat something spicy, was he gassy, is he sensitive to a particular food – the options were endless.

I saw a lactation consultant who, of course, witnessed a perfect feeding and congratulated me for doing everything right. Despite seeing numerous pediatricians as we battled colds and all of those first few weeks of doctor appointments nobody seemed to notice anything wrong.

But the crying continued.

I had day when I dreaded feeding Roy. I would get anxious whenever it was almost time to feed him and would have Hart of Dixie playing when I started each feeding to keep me calm and not focused on the pain (the pain that yes, I was still experiencing) or the inevitable crying that would happen from Roy. Mornings and evenings seemed to go ok but the afternoons when I was home by myself could be so rough.

Rishi (my husband), my mom, my friends all told me it was ok to not nurse. That Roy needed a happy mama and if that meant not nursing then that’s ok! That formula was just as good for Roy. Formula had come such a long way (like Honest Company‘s premium feeding solutions with organic, non-GMO and other high quality ingredients) and it was just as good for him!

But I’m stubborn and when I put my mind to something I do it. I didn’t want to fail…or what felt like failing to me.

Imagine my surprise when I took Roy in for his 2 month appointment, the doctor looks in his mouth and tells me – “he has thrush!”. Turns out he had an awful case that took 2 rounds of different medication to clear up.

Finally the crying was explained.

I had noticed some white in his mouth that I thought was thrush but it was usually right after (or during) a feeding so I assumed it was milk. And as a first time mom I didn’t want to panic over every little thing.

After both our thrush cleared up, (that explained why my nipples hurt!), breastfeeding got better for us.

But since the first 2 months were hard, it seemed like Roy still didn’t love breastfeeding.

I would fight him to nurse often times in the afternoon. I would usually end up giving him a few ounces of pumped milk after those feedings since he was always on the small side. That ended up being a full bottle for most of his afternoon feedings and slowly switching from me pumping those bottles to giving him formula since the stress of not producing enough was weighing on me.

By 6 months we had switched over completely to formula. And do you want to know what? I was relieved. Those first 2 months had been full of anxiety, guilt, frustration and anger. I felt like I was failing at the one job my body was supposed to do. And the last 4 felt like more of a battle rather than simply giving my child the nutrition he needed. Yes there were times of joy and love when we were cuddled up, nursing peacefully, but by the end of our breastfeeding experience the hard times clouded the good.

And now we’re now pregnant with #2 due in October!

This time I’m going to take it day by day. I know now that sometimes things are out of your control and no matter how much you want to do breastfeed it might not happen as you planned. And at the end of the day, your child needs to be fed and you need to be happy. However that happens is perfect! 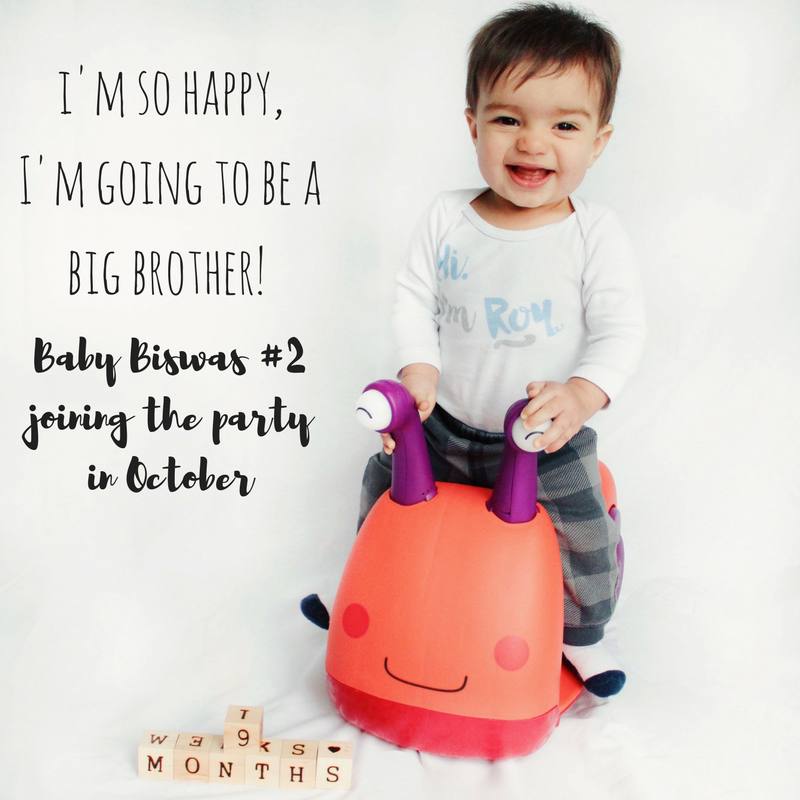 I didn’t know anyone else who had gone through an experience like mine and I vowed to not let any other mom who wanted to breastfeed, but couldn’t for whatever reason, feel alone. We should all support one another no matter how we choose to feed our children.

Honest Company takes a best-for-baby approach and has developed a line of premium feeding solutions with organic, non-GMO and other high quality ingredients for various types of situations, including both breast and formula feeding.They like to think of themselves as a resource for both breastfeeding and formula! You can find more about Honest Co’s formula here and vitamin solutions here.

1 thought on “My Breastfeeding Experience with Roy”